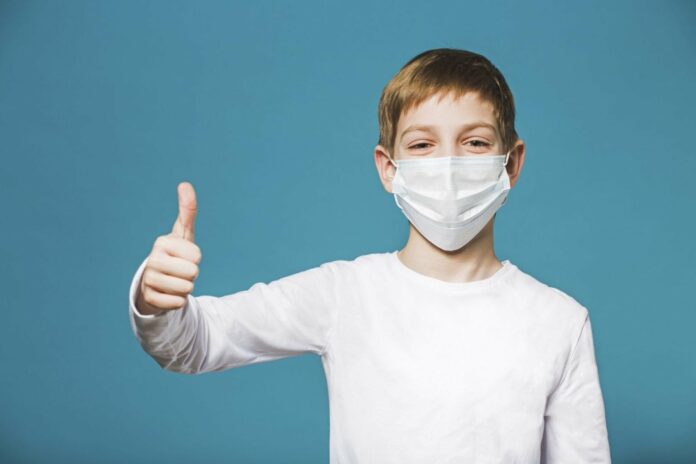 The operating room: It’s a setting that even those of us who have never gone under the surgeon’s knife can visualize. A group of surgeons, heads down and shoulders hunched, huddle over a patient, their hands working inside a red opening that offers a shudder-inducing glimpse of a body’s interior.

But today’s reality may look more like this: a patient on the operating table with a few tiny incisions on the body that have little ports set in them, through which a camera and slender robotic hands have been inserted. Close by sits the surgeon, her face inside a vision box, her hands deftly manipulating tools. Inside the body, a mirror image of what the doctor is doing outside the body takes place with robotic hands doing the work.

Sounds like science fiction, but since robotic surgery was introduced about 20 years ago, it has become more common, even in pediatrics. Touted as safer with quicker recovery periods, it has become an alternative to laparoscopic surgery. In Tampa Bay, St. Joseph’s Hospital leads the way with these cutting edge surgeries.

Most of them have to do with the fact that, unlike with traditional surgery, the incisions for robotic surgery can be much, much smaller. This means less post-operative pain, less pressure on abdominal walls, minimal bleeding, less scarring, fewer complications and a quicker recovery time after robotic surgery than after laparoscopic surgery.
St. Joseph’s surgeons use the da Vinci Surgical System, which is comprised of a patient cart with four interactive robot arms. These arms hold the endoscopic camera and surgical instruments. Surgeons then make tiny incisions in the patient’s body, through which they insert the robotic hands. The surgeon sits a few feet away at a console, moving her hands to tell the instruments inside the patient’s body what to do. The ports through which the robot hands enter the body are similar in size to the ones for laparoscopic surgery, but robotic surgery offers benefits beyond laparoscopy, says Loux.

“The visualization of what’s inside is better,” she says. Also, robotic surgery allows for more flexibility. “Laparoscopic surgery has only two degrees of freedom of movement. Robotic surgery has seven degrees.” The instruments have “wrists” that can be manipulated almost like a human hand, allowing surgeons like Loux to perform complicated surgeries without making large incisions. “That makes the operations easier and safer,” Loux explains.

Robotics also makes things better for the surgeons themselves. The cameras on the robotic hands give surgeons an even better view than if they were standing over the body because the 3D images are high resolution and magnified, showing an incredible level of detail. And in this case, machine may have surpassed man, because these robotic arms are able to move into tiny spaces that human hands can’t reach, and make the kind of intricate motions that a surgeon can’t do with her own hands. The size and precision also mean that surgeons can target only the unhealthy tissue, leaving unharmed the nearby nerves and blood vessels and healthy tissue. Loux points out another benefit to surgeons that patients may never realize—the ergonomics are much better with robotics than with traditional surgery, which calls for standing up with arms raised for hours, gripping instruments tightly.

Robotic surgery is a possibility for a wide range of candidates, including babies as small as 6 kilograms (14 pounds). Some conditions that can be remedied by this technology include colonic surgeries for inflammatory bowel disease, congenital colonic abnormalities, gall bladder surgery, pancreatic surgery and choledochal cyst resection (where a part of the bile duct is abnormally enlarged, necessitating the removal of that bit and reattachment). Thoracic, esophageal and lung surgeries are also good fits for robotic surgery, says Loux. At St. Joseph’s, in addition to pediatric procedures, adult surgeons also apply robotics to gynecology, general, urology, colorectal and thoracic surgeries.

As with any medical procedure, not everyone is a candidate. Loux explains that the same people for whom laparoscopic surgery may not be an option may not be able to have robotic surgery either. This includes people who have had many belly or chest operations before, creating scarring and making it difficult for the surgeon to see inside. Some areas in the body also may not work out because certain cavities may not have enough space for the cameras to penetrate. Some parts of the body may not have a cavity for a robotic hand to enter—breasts, neck or skin, for example. If traditional surgery is the best option, that is something the surgeon will suggest. “Patients always have a choice,” Loux states.

As a pediatric surgeon, Loux says things happen more slowly. New tech is usually tested on adults first and then takes about 10-15 years to trickle down to children, at which point equipment has to be downsized and techniques adjusted. Loux became fascinated by the technology while completing her residency at the University of Pittsburgh, which has the world’s premier robotic program. During her time there, she performed 50-75 robotic surgeries. Loux says that performing even the most routine and facile surgeries helps improve a surgeon’s skill with the technology, which means that when a more complex surgery comes up, the surgeon is experienced enough with the technology to be able to focus on the challenges of that particular case.

Loux has been at St Joseph’s Children’s Hospital for six months now, and is working on obtaining her robotic privileges here. It would appear she’s come to the right place. The network of hospitals has three robots and 28 robotic surgeons on staff, and in 2013, earned recognition as the first epicenter for robotic colorectal surgery in West Central Florida. It’s also one of a tiny handful of places that offers pediatric robotic surgery.

“Unfortunately, there’s always a bit of a stigma,” says Loux. Because it is a fairly new technology, an occasional bad outcome gets far more attention than a similar outcome with the older laparoscopic surgery might have.

And while robotic surgery may cost the hospital more in terms of costly equipment in which to invest, it will also save the hospital some long term costs, by cutting down in- hospital recovery time, for example, says Loux. She’s excited about future advances, especially with the possibility of performing it on neonates and even premature babies.

“It’s still kind of a novel technology, but will become more mainstream,” she says. “I think it’s great. I think it’s good for patients.”