A Home Away from Home: Ronald McDonald House Making a Difference 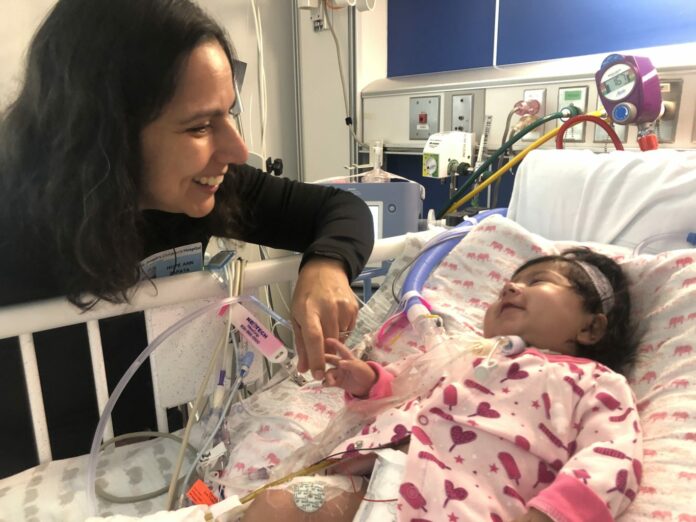 A string of lights and heart cut-outs surround Luna Zapata’s bed. On the wall hangs a bright pink sign with her name and more hearts. The 4-month-old wakes up from a nap and smiles, her eyes dancing with joy as her mom tickles her cheek. It would be an ordinary scene except for the beeps, hums and tubes coming from the machines keeping Luna alive in the Neonatal Intensive Care Unit at St. Joseph’s Children’s Hospital in Tampa.

Luna has been in the NICU since she was born with congenital heart disease and digestive and respiratory problems. She has already had several in a series of planned surgeries to repair her heart function, relocate her stomach and help her breathe. Doctors attached a feeding tube through her abdomen and a tracheal tube to her neck, both of which she will need for several years.

“This is all she knows,” says her mother, Hope Zapata. “She doesn’t know anything any different. But when I see her smiling and trying to coo, I know she’s ok. She’s going to be a strong little girl.”

Zapata spends every day at Luna’s side, talking to her, holding her hand, and learning how to work the equipment that Luna will still need when she goes home. Home is a two-hour drive away, in Lehigh Acres, but it is not where Hope returns at the end of each long day at the hospital.

Zapata’s home away from home in Tampa Bay is The Ronald McDonald House on Davis Islands, where she says she receives everything she needs— a room, meals, support from staff and volunteers, and a shared bond with other families in similar situations. Having a nearby place to stay allows her to keep Luna at the best hospital for her needs, and be with her daily. “I don’t have to worry about anything. All I have to focus on is Luna.”

Zapata’s husband, David, and older daughter, Isabella, spend weekdays back home, but join Hope at the house on weekends.

“It has been a true blessing for us not to worry about where the money is going to come from to have a room here,” David Zapata says while watching Isabella run in the backyard of
her weekend home with other children whose siblings are also in the hospital.

In the future, it will be Luna playing with Isabella, their mother says, envisioning a perfect day when big sister will be pushing her healthy little sister on a swing. The Zapatas will remember their time in Tampa Bay with gratitude for the strangers who became family. “It means everything to know we are not alone during this struggle,” she says.

About the Author: Maggie Rodriguez is a former network news anchor who now lives in South Tampa with her husband and their two children. Maggie is best known as the host of the nationally-televised morning news program, The Early Show on CBS, as well as a substitute anchor on The CBS Evening News with Katie Couric. She was also a local anchor and reporter in Los Angeles and Miami and won numerous awards, including seven Emmys, during her 20-year career. Since relocating to Tampa Bay, Maggie has been busy rekindling her love for writing, volunteering at her kids’ schools and at a local charity, and enjoying weekend adventures exploring the “beautiful beaches, quaint towns and fun family activities that this idyllic part of Florida has to offer.”