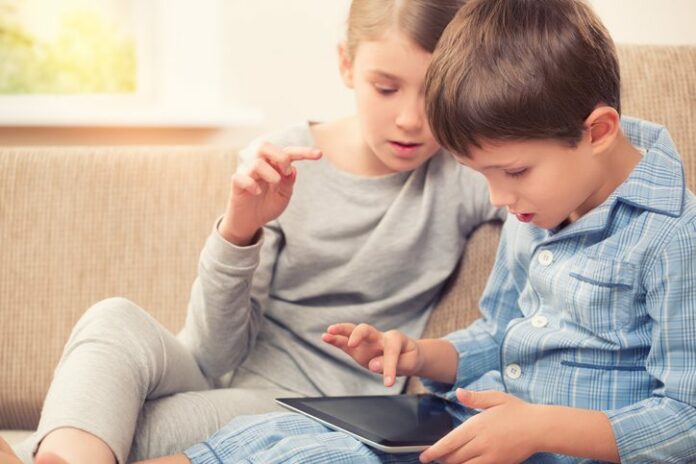 Join millions of people this week (May 2-8) and disconnect so you can reconnect with the family!

Tampa based WeGo Kids is joining thousands of schools, libraries, and community groups nationwide in a coordinated effort to encourage millions of Americans to turn off televisions, smartphones, tablets, and gaming consoles for seven days and turn on the world around them. Screen-Free Week is a chance for children to read, play, think, create, be more physically active, and to spend more time with friends and family.

Screen-Free Week is a much needed respite from the screen media dominating the lives of so many children. Now, more than ever, it’s imperative that we help children discover the joys of life beyond screens.

As a mom of 4 year old triplets screen free time is close to my heart! (The triplets were screen free until age 3!)

Screen-Free Week (formerly TV-Turnoff) is coordinated by Campaign for a Commercial-Free Childhood, a national advocacy organization devoted to reducing the impact of commercialism on children. Since the Week’s founding in 1994, it has been celebrated by millions of children and their families worldwide. For more national information, visit www.screenfree.org.

For the Tampa Bay Screen Free Challenge details, visit www.goscreenfree.com . WeGo kids has partnered with many Tampa Bay area businesses, including Whole Foods, Great Explorations Children’s Museum, and many others to offer discounts and offers during screen free week and amazing grand prizes.

Register now with WeGo Kids (www.goscreenfree.com) for your chance to WIN some amazing prizes from Tampa Bay area businesses simply by participating!

Tampa Bay's pro sports teams gave us the glimmer of hope we needed in 2020 and 2021 and they're back at it again this...
Read more
Family Fun

Can you believe it's almost time for school to start? Children in Hillsborough, Pinellas, and Pasco County will return to school on August 10th....
Read more
Back to School

Get ready to save during Florida’s Back to School Sales Tax Holiday this July 25-August 7, 2022! Some exclusions apply, so make sure you...
Read more