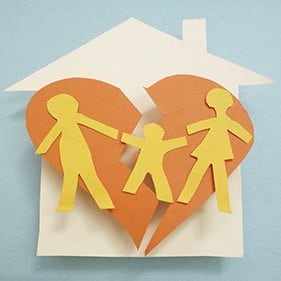 Imagine telling a 5-year-old child, “I am going to choose which of your parents will go away so that you will see the parent only occasionally.”

So why do our family courts suppose that this is the best arrangement for children after parents separate or divorce? Contrary to popular belief, the family courts still award sole physical custody to one parent, usually the mother, over 80% of the time, according to the U.S. Census Bureau. When this began, most Americans lived on farms, most roads were unpaved, and transportation consisted of a horse or walking. Sole custody may have made sense then, but in the modern era a better alternative is easily available: shared parenting if both parents are fit and there has been no domestic violence.

Unfortunately, however, the child’s voice is rarely heard in Florida’s family courtrooms. Like most other states, Florida’s family courts continue to award one parent sole custody while reducing the other parent to “visitor” status. The Florida Legislature passed a bill in 2013 that would have made shared parenting the norm, but it was opposed by the bar associations and vetoed by Governor Crist.

Nearly 20 states have either implemented or considered shared parenting laws within the past year, and while the most recent efforts to pass shared parenting in Florida stalled this spring, I urge state leaders to revisit this important reform quickly.

The research verdict is clear: shared parenting is best for children in most cases. After reviewing decades of research studies, prominent psychologist Dr. Richard Warshak wrote a paper in 2014 titled “Social Science and Parenting Plans for Young Children: A Consensus Report.” The American Psychological Association published the paper, whose conclusions were endorsed by 110 child development experts. They concluded that “in normal circumstances, the evidence supports shared residential

arrangements for children [even those] under 4 years of age whose parents live apart from each other.” Since then, more evidence continues to roll in. For example, just last month, the Journal of Epidemiology & Community Health published a 150,000-person study that concluded shared parenting after divorce or separation is in the best interest of children’s health.

Sadly, the archaic practices of the family courts are harming our children. Consider that children raised by single parents account for:

For many of these outcomes, single parenting is a stronger risk factor than race or poverty. This occurs despite the hard work and often-heroic efforts of single parents. Clearly, children desperately need not one, but both parents in their lives.

The benefits of shared parenting extend to all family members. With our current court system’s preference for the winner and loser child custody outcome, parents are in for a long, contentious and costly legal battle from the start. However, when the law encourages shared parenting, parents step into the child custody arena on equal footing. This diminishes the hostility that damages children, and in the end, both sides win. Plus, with shared parenting, grandparents, aunts, uncles and cousins do not lose out on time with children simply because they fall on the non-custodial side of the family.

Shared parenting embraces today’s parents by allowing both mom and dad the time to succeed both at work and at home. In turn, children grow up with healthy gender roles. A recent study out of the Harvard Business School’s new Gender Initiative suggests daughters of working mothers are more likely to succeed in their careers. At the same time, when sons watch their fathers play active roles in their own lives, they learn that changing diapers and cooking meals are manly.

All of these benefits are free to the taxpayer – a true win for all.

We know children want and need the constant love and care of both parents, and it’s time we begin acting on the best interests of our kids. Florida came so agonizingly close to helping thousands of its children with a shared parenting law. It is time to try again.