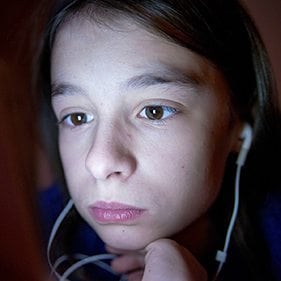 “The arrest of two Virginia Tech students in the abduction and murder of a 13-year-old girl who posted on a Facebook group called Teen Dating and Flirting — and showed a neighbor girl texts she said she had exchanged with an 18-year-old man — has set off new concerns about the dangers to young people who seek liaisons on social media.” (New York Times, Feb. 2, 2016)

Headlines like the one above are causing increasing concern in parents worried about the impact of social media on their children’s lives. While the case of the Virginia Tech students is an extreme one, are there other reasons, less spectacular but perhaps more pervasive, for parents to be concerned over their kids’ use of social media? Of this there can be little doubt. In my practice as a neuropsychologist, I have seen an explosive growth over the past 10 years in adolescent behavioral and neurocognitive disorders. Potentially traumatic bullying by peers has of course gone on for generations, but the growth and pervasiveness of social media as a primary means of engaging in social interactions has greatly increased the ease and frequency of negative social interactions. Additionally, over 1,000 studies in peer reviewed academic journals have shown that social media use by teens is associated with many forms of impaired functioning, especially with respect to attention deficits, and to anxiety disorders in particular.

A simple Google search of “Social Media Relationship to Social Anxiety” reveals over 23 million hits. Many studies have found that when teens are more actively and/or emotionally invested in their digital lives, the sleep quality worsens, their self-esteem lowers, and their rate of anxiety and depression increase. This is seen when they are compared to peers who spent less time on social media sites like Twitter, Facebook, Tumblr, Instagram, Pinterest and YouTube. The anxieties measured can range from a simple feeling of not keeping up with the “buzz” (something labeled FOMA, for Fear Of Missing Out), to diagnostically severe anxiety and depression, to full blown traumatization and PTSD symptoms. A secondary finding is that feeling the need to constantly check their smartphones for never-ending social media updates was related to decreased attention and poorer academic performance.

Perhaps the most compelling evidence of the effects of social media on adolescent anxiety and related disorders comes from studies of functional brain imaging. So-called structural imaging methods such as MRIs and CT scans show static pictures of the brain’s structure at one moment in time. Functional imaging, on the other hand, captures brain activity over some time period and compares it to databases of hundreds or thousands of individuals. The databases include both “neurotypical” data from people who are healthy as well as “atypical” brain data from individuals with various mental health symptoms and conditions. Based on these comparisons, it has been demonstrated beyond question that what we think of as “mental” symptoms are in fact dysregulations in brain function. Perhaps most exciting, one method of functional brain imaging can be done using EEG signals on equipment that costs a tiny fraction of a $3 million fMRI machine, PET scanner or SPECT imaging device.

At my clinics, we have been mapping brain function in our patients using brain waves measured at the scalp, and then subjecting the raw signals to advanced computerized analysis against a FDR-registered database. This technique, called qEEG brain mapping (“qEEG” stands for quantitative electroencephalography – quite a mouthful but a breakthrough technique nonetheless), has allowed us to show brain activity associated with many conditions, including social anxiety. Based on our intake interviews with teens and young adults, we too have seen a strong correlation between Internet use (including Internet addiction), time spent on social media, and mental health issues. There can be little doubt from our assessment of young people, comparing brain function to emotional dysregulations, that a preoccupation with social media can lead to marked social anxiety in many teens.

So what to do about it? Common sense is the first step: parents should learn to limit the amount of time their teens spend on social media. Parent should also make sure they know the people their kids are networking for safety reasons. Finally, for young people whose social anxiety, inattention, or other problems related to the overuse of social media are causing significant problems, therapy should be considered.

Standard treatments for social anxiety are based on counseling, including cognitive behavioral therapy, and assisting parents in how to be more helpful with their children’s issues. But the use of brain mapping also allows us to treat those afflicted by directly changing brain function. EEG biofeedback – also called neurofeedback – has enabled us to treat social media-related anxiety and related problems by training the networks of the brain to resist the influence of social media. Very simply, our patients are hooked up to the same system that produces brain maps and uses those signals to reward the client for generating healthy brain activity instead of patterns associated with anxiety and other symptoms. Since each patient’s brain function is being analyzed in real time and constantly compared to the healthy norms for their age, the feedback protocol is constantly updated over the course of each training session to gently but consistently reinforce healthy brain function.

Our results have been quite encouraging. We have been able to greatly reduce or eliminate the social anxiety associated with social media. Moreover, brain training makes other more traditional therapies more effective because one of the underlying causes of the problem has been addressed. If excess social media exposure changes the brain in unhealthy ways, it should be helpful to know that these effects can be reversed at the level of the brain.

As with all technology advances, the good of the information age comes with adverse effects. Social media are here to stay, and most young people can learn to cope with it through sensible interventions. But for those who have become unable to do so, it’s good to know there are answers and help available.

William A. Lambos, Ph.D. is a licensed psychologist with ABF Behavioral Health. For more information, visit www.abfbehavioralhealth.com or call 813-235-4270.