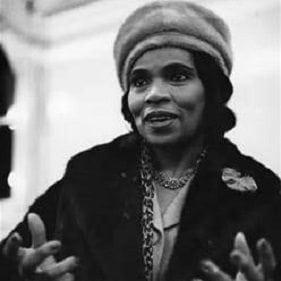 Martin, Rosa, Marion and Ruby, these are just some of the names that will be spoken in classrooms across the country this month. As the nation commemorates Black History Month, Tampa Bay area museum curators have found a way to make these names come alive for younger generations. How? They’re using a microphone and a video camera.

Curators from the Florida Holocaust Museum started filming interviews with local residents at the recent Tampa Bay Black Heritage Music festival. Those tapings continue this month. They won’t be able to interview Martin Luther King Jr., Rosa Parks, Marion Anderson or Ruby Bridges, but they are able to talk to local residents with civil rights stories of their own.

“It’s going to be very relaxing. We have a number of different questions that we’re going to be asking people about their memories of the civil rights movement of that time,” explains Elizabeth Gelman, executive director of the Florida Holocaust Museum. “There were many people who had different experiences. Some, as we say in the museum, were bystanders and watched things happen. Some were activists. Some were participants. Sadly, some were perpetrators. There are different memories, objects and artifacts pertaining to that time. So we’re looking for the community’s help to collect all of that.”

The museum staff will use its curating expertise to draw out the stories from local residents, film and create the oral histories collection. Keeley Sheehan is the one taking calls and emails from residents who want to be included in the collection of oral histories. On the museum website, www.flholocaustmuseum.org, they’re posting dates, times and locations of where staff will be taping next.

ABC Action News Anchor Deiah Riley is hoping her dad David Riley will be among the interviewees. “I grew up hearing fascinating stories about the numerous civil rights marches and sit-ins he was involved in,” explains the morning news anchor. “Dad joined the civil rights movement in Durham, NC, when he was just 12 years old! By the time he was 16, he was marching alongside civil rights legends like Dr. Martin Luther King Jr., Floyd McKissick, Sargent Shriver and A. Phillip Randolph.

“He was jailed as a teenager for staging a sit-in protest.” Not surprisingly, Deiah says she has wanted to record her father’s stories of the civil rights movement for many years. David was a member of the Congress of Racial Equality also known as CORE, the NAACP, and worked with the Student Nonviolent Coordinating Committee (SNCC). “He’s such an amazing man and I’m so proud he’s my dad,” Deiah says with her trademark smile.

“We’re looking to capture the memories about the civil rights movement and integration in the Tampa Bay – Sarasota area from people who participated in small and large ways,” Gelman says. “Who remembers the effect it had in their schools, their neighborhoods, their churches and synagogues? We want to hear from those who were part of the movement as well as those who simply lived through this important time of transformation or even opposed it. Our goal is to use these individual stories to provide a comprehensive look at the Civil Rights Movement in our area.”

“We believe it is vital to capture the testimony of those who experienced the Civil Rights struggle in our own community while they are still with us,” Gelman explains. Why the Florida Holocaust museum for an exhibition on the civil rights movement? Why not!?  “The Florida Holocaust Museum has been lauded for its ability to record, share and preserve testimony as well as its exhibits and programs on the Holocaust, genocide and human rights issues,” Gelman says.

After reading this with your child, are you inspired to become a curator of your family’s stories? Erin Blakenship, curator of exhibitions at the Florida Holocaust Museum, shares these tips. “We would advise that the student brainstorm and write a list of specific questions. Then, schedule a time to interview the family member. You can record the answers via tape or pen. We recommend using a voice recorder or film if possible.”

Summer is here and although some kids would prefer to dive into a good book instead of a swimming pool, others may not feel...
Read more
Education

My daughter is 10 years old and is a fourth-grade student in Hillsborough County Public Schools. She likes school, but her real passion is...
Read more
Education

Becoming a Hero for Children: 3 Qualities Early Childhood Educators Must Have

When our children succeed, our whole community benefits! Because 90% of brain development occurs before a child starts kindergarten, these early years are critical....
Read more