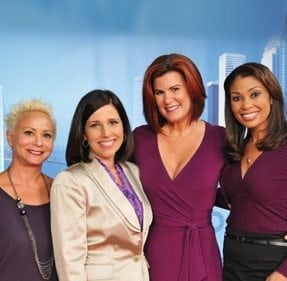 Talking to your teen

It may be a conversation as old as time but that doesn’t make it any easier for today’s parents. In fact, generations of moms and dads admit the sex talk with their kids felt downright weird!  And in the spirit of full disclosure, I confess my own mom bypassed the talk altogether! It just never seemed like the right time.

But now more than ever, experts say parents can’t afford to skip the talk! In fact, domestic violence advocates say talking about dating relationships is as important as talking about sexual intimacy. According to the U.S. Centers for Disease Control and Prevention (CDC), 72 percent of eighth and ninth graders are dating. And before you say, “That’s no big deal,” here’s what is! By the time they’re in high school, 54 percent of teens report dating violence happening amongst their peers if not in their own dating relationships!

As with adults, teen dating violence can be physical, emotional or sexual. Experts say it typically starts with verbal abuse and graduates to teasing and name calling. Ultimately it can escalate to physical abuse and even sexual assault.  The CDC reports that each year:

Here’s the good news! Experts say this problem is totally preventable! What is your most powerful ammo? You guessed it — the talk! Whether it happens in the living room or during a class discussion, advocates say the talk needs to focus on building positive, healthy relationships.

Where to begin? The first step is to determine if your teen is in a healthy dating relationship or an abusive one. Pose the following questions to your teen. How he or she responds will be incredibly revealing. These questions come from the CDC’s research and primary prevention program known as DELTA.

If your teen answered yes to more than one of these questions, there may be a problem.

To mark the fourth annual Taking Action Against Domestic Violence campaign, ABC Action News has partnered with The Tampa Bay Times’ Newspapers in Education program (NIE) and six domestic violence agencies. The mission is to create a curriculum supplement to help teenagers, parents and teachers start these important conversations. The NIE edition devoted to teen dating violence will be published in October and distributed among middle school students in Hillsborough, Pasco and Pinellas counties. An electronic version also will be available for free download at www.abcactionnews.com/dv and www.tampabay.com/nie.  NIE is a cooperative effort between schools and the Tampa Bay Times to encourage the use of newspapers as an educational resource. Tune in to ABC Action News in October for our annual one hour special: Taking Action Against Domestic Violence . Visit www.abcactionnews.com/dv for details.

Lissette Campos is the director of community affairs for ABC Action News and the host of the station’s Emmy-winning Taking Action Against Domestic Violence Campaign. Sue Bedry, N.I.E. development specialist, contributed to this article and is part of the Pullitzer Prize-winning Tampa Bay Times.