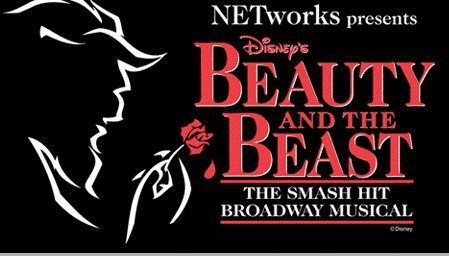 This past Wednesday evening, I had the pleasure of checking out the local debut of the latest musical production tour to check in at Clearwater’s Ruth Eckerd Hall, NETworks presents “Disney’s Beauty and the Beast.” The show runs through Sunday, August 5, and if you have kids that appreciate good music or someone like me in the house — that is, a Disney musical addict in the family — you may wish to check out one of the remaining weekend shows.

I was especially excited to see it because (A) I never got a chance to see the touring show before and (B) I am a huge fan of pretty much anything Howard Ashman and Alan Menken wrote together (although I must admit, I’m partial to “Disney’s Little Mermaid” if I absolutely had to choose). I recently got a chance to interview one of the touring performers, James May who plays “Cogsworth” (aka the witty and quite schedule-conscious clock) and had a blast talking with the actor. (You can check out my article on page 42 of the August edition of TAMPA BAY PARENTING, http://magazine.tbparenting.com/publication/?m=1129&l=1). One juicy tidbit that didn’t make the piece worth sharing? May is a HUGE Joss Whedon/Buffy the Vampire Slayer fan and would love nothing more than to see the fierce dagger-piercing heroine and her Scooby gang take the Broadway stage, that and his ultimate dream theater role should Tim Burton ever make it a reality, “Jack” of the beloved holiday classic The Nightmare Before Christmas.

I enjoyed the surprising wit of the family-friendly production (with just a few innocent jests sprinkled in there more for mom and dad than the little ones), the colorful and constantly changing set and especially the songs of the touring production of “Beauty and the Beast,” in particular, the ones I was not familiar with that were original to the stage and not in the movie. That was a real treat and reminded me time and again that no, this was its own original show and not simply a re-creation of the film. One stage-only Belle number “Home” really stood out for me.

If you know only the movie, you must go prepared for two things: (1) many more rousing group numbers than you’ll recall from the film (and they really go all out – I didn’t even like the song “Gaston” in the movie or on its soundtrack, but onstage, I LOVED it!) and (2) a much longer show than you might expect – first half clocked in over 90 minutes and second act began after a 15-minute break and must have lasted at least another 45 minutes. I had an adorable little girl (maybe 6 or 7 years old) with her mom next to me, and she did pretty well staying enthralled throughout but I think she might have also been satisfied with just the first act only. I enjoyed the show but do prepare yourself for a full night of entertainment, and the cast won’t disappoint.

Highlights for me: well, obviously, I was hoping that I would enjoy May’s performance in the sharp-tongued, curmudgeon-esque role, and he was terrific. I especially enjoyed all of the key enchanted castle performers in their respective roles as Mrs. Potts and her little son Chip (who got quite the round of applause from the audience in a quirky, creative approach to the role which I won’t spoil here but costume and set designers were pretty darn brilliant with this little cutie patootie’s stage presence), as well as Babette, Madame de la Grande Bouche and suave charmer Lumiere who might have earned the greatest audience love of all, next to Belle played by Hilary Maiberger.

We listened to the Oscar-nominated film’s soundtrack as we scooted over the Courtney Campbell to get in the mood and spirit of the fairy tale romance, and I was reminded once again what a beautiful score accompanies the film, and that rich music served as the perfect background behind the actors, though not performed by a live orchestra for the current tour (I do wonder if that would have made some of us – okay, me! – get all goose pimply? Hmm…perhaps) But I do urge anyone who loves a rousing time, a catchy Disney tune and a fun, vibrant show to consider adding this to your weekend schedule before this “tale as old as time” leaves town. It is quite enchanting…