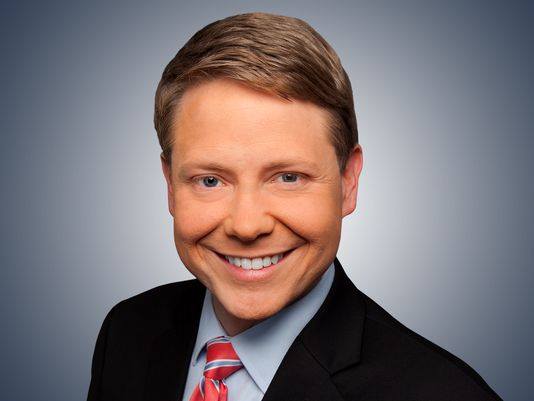 It’s baffling to me how outer space — nature’s best example of absolute emptiness — has done so much to bring me closer to people in my life.

We just opened a huge summer experience called Cardboard Space Adventures here at MOSI (which I’d love for you to read about later in this issue and come check out), and it got me thinking about my own space adventures growing up near Cape Canaveral, and later, covering the NASA space program as a TV news reporter.

There are plenty of “that was so cool” moments, like climbing into Space Shuttle Discovery in its hangar or getting an out-of-office email reply that says, “I’m sorry, I’ll be orbiting the earth for the next three months and I’ll reply when I return.”

Then there’s the time when my incredible wife Cathy was on bed rest at the hospital, six weeks away from our son’s due date. The doctors swore I was okay to go from Tampa to the other coast and cover the launch of the Curiosity mission to Mars.

I promise: They said I’d be fine.

But at T-minus 30 minutes from launch, I got “the call.” She’s headed to labor and delivery. As I hustled to my car, I heard my co-anchor explain to the viewers that “Grayson’s about to have a launch of his own!”

As I drove from my old hometown of Merritt Island to my new hometown of Tampa, parking along the side of the road for just a moment to watch that rocket stream into the sky, I marveled at the intersection of these two loves of mine — space and family.

It’s now five years later, and this spring I took my born-early-but-super-healthy son Collier to the Kennedy Space Center Visitor Complex for the first time. I watched him light up as he touched a real piece of the moon and quizzed me on rocket parts and space missions.

Now he and his 3-year-old brother Merritt spot a light in the sky and debate whether it’s a star or a planet. And usually they get it right. (MOSI fact: Stars typically twinkle; planets don’t.)

That intersection of the things I love has become so much more complete to me now through my children. It’s a reminder that, even when our lives feel like they’re going in every different direction, there are still unexpected ways to bring it all together.