Shiver me timbers! It’s that time of year again when pirates take over Tampa Bay. Gasparilla, the long-standing Tampa tradition, is celebrating its 104th year at the end of the month. For many, this means getting decked out in their favorite pirate gear and watching the parades along Bayshore.

The Parade of Pirates, the original parade, will take place on January 29, 2022 and the Children’s Parade will be celebrated the week before on January 22, 2022.

Related: Children’s Gasparilla Parade: What you need to know before you go

But what exactly is Gasparilla and why do we celebrate it? Rodney Kite-Powell, the Director of the Touchton Map Library at the Tampa Bay History Center, recently answered our questions and provided insight as to why Gasparilla is so relevant to Tampa Bay.

Where did the idea for Gasparilla come from?

The idea grew out of the desire to make the city’s annual May Day parade a bit more lively. Louise Francis Dodge, the Society Page editor for the Tampa Morning Tribune, discussed this need with George Hardee, a New Orleans-born engineer with the US Army Corps of Engineers. He suggested a Mardi Gras-style event but have the participants dress as pirates. He gathered 50 young men and formed Ye Mystic Krewe of Gasparilla. Hardee and a few others enhanced an existing story about a pirate named Gaspar and basically created the Gasparilla we know today. The first parade of pirates was on horseback, with the pirates “invading” the 1904 May Day parade.

What is Gasparilla’s significance and why do we still celebrate it?

With a few exceptions (1907-1909; 1918-1919; 1942-1946; 1991; 2021) the city has celebrated Gasparilla and the pirate invasion every year since 1904. Ye Mystic Krewe of Gasparilla was founded that same year and is still the sponsoring Krewe for the parade today. It has become a huge civic event that is directly tied to tourism. It has also become a way to celebrate the diverse and interesting history of the area, since there are now 70+ Krewes with ties to cultural heritage, historic events, and local historic figures.

Where does the legend of Jose Gaspar come from? Did he really exist?

As far as anyone has been able to determine, a Florida-based pirate named Jose Gaspar never existed. There is an 18th century story about an Indian Ocean pirate with that name, but it is from an Irish magazine that specialized in fiction. The names on Florida’s west coast tied to the legend of Gaspar all pre-date his supposed time here. A man named Juan Gomez is credited as the one who possibly made up the Gaspar legend, and George Hardee and Ye Mystic Krewe of Gasparilla greatly enhanced it (including giving him the first name of Jose). Other authors have embellished the legend since the creation of the Krewe in 1904. Edwin Lambright, who was a member of Ye Mystic Krewe, wrote what is generally considered to be the definitive history of Jose Gaspar in 1936 for the Krewe (written as if Gaspar was a real person).

Why do they throw beads and coins from the parade floats?

The idea of this is that the pirates are celebrating their capture of the city and parading in the streets. They have stolen so much treasure that they are now sharing it with everyone in the city. Coins have been part of Gasparilla since at least the 1920s, if not earlier. Beads came much later, and there is some dispute between Ye Mystic Krewe and the Krewe of Venus about which Krewe was the first to throw beads. Both got the idea from Mardi Gras, where beads came into use in the early 1980s. I think it was 1986 when beads were first introduced to Gasparilla.

How did the Children’s Parade begin?

There have been Gasparilla parades featuring children since the 1910s. A formal Children’s Parade wasn’t held until until 1947, which was the first Gasparilla that was suspended during World War II. They had them off and on through the 1990s, and I think in 2002 they started the more formal children’s parade on Bayshore that we have today.

Visit gasparillapiratefest.com for more information about the upcoming parades. 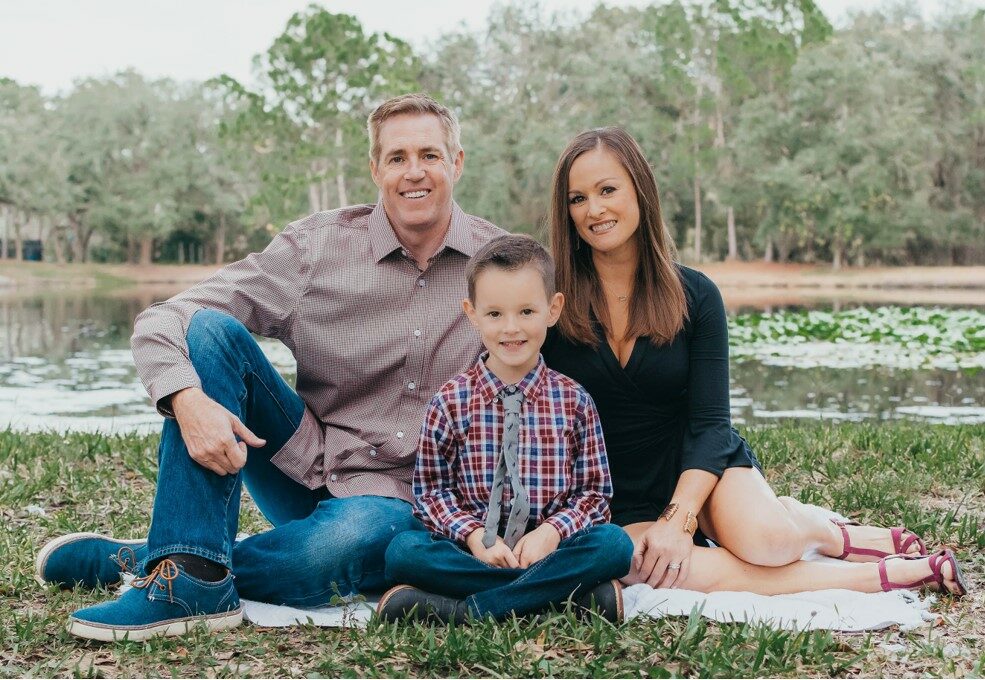