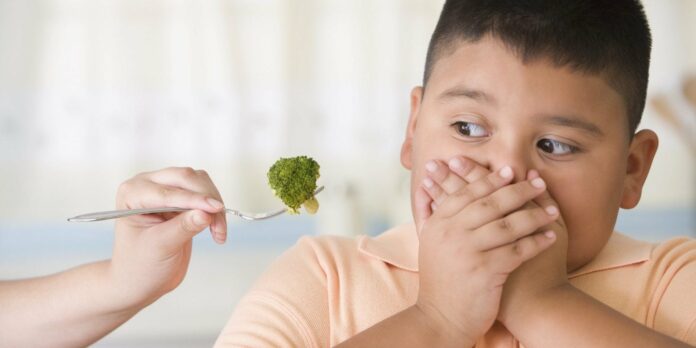 A generation or so ago, there were certain things that seemed to be inevitable harbingers of old age—that twinge in the knees, fading eyesight, high blood pressure and diet restrictions for those cholesterol levels. Here’s the scary new twist to that story: In America in 2016, hypertension and high cholesterol are no longer the territory of senior citizens. Thanks to a growing public health crisis—childhood obesity—children are at astoundingly higher risks of developing these conditions today.

“The three conditions are very tightly intertwined and interrelated,” explains Dr. J. Blaine John, a pediatric and fetal cardiologist at St. Joseph’s Children’s Hospital, which has one of the largest pediatric cardiovascular programs in the Southeast and is a regional referral center for the diagnosis and treatment of congenital heart defects. “The general public didn’t think much about blood pressure in kids at all, but as time goes on, they will be talking about it more and more. Childhood hypertension is going to be an increasingly prevalent topic, and it is directly linked with the current childhood epidemic of obesity. You can’t separate the problems of obesity, high blood pressure and high cholesterol.”

Every day in his practice, John sees a disturbing number of children who he diagnoses with hypertension, high cholesterol and obesity all together. Rarely does he see a child come in with just one of the three issues. Children can develop hypertension and high cholesterol without being obese, but Dr. John says that these cases are extremely rare and should be diagnosed during routine well care visits to the pediatrician.

According to the Centers for Disease Control, childhood obesity has more than doubled in children and has actually quadrupled among adolescents over the past 30 years. John says that one in every six children in the United States is obese today, with obesity being defined by the CDC as someone with a Body Mass Index greater than the 95th percentile. Currently, one in three children is at risk of adulthood obesity.

While childhood obesity can be diagnosed at any age (John has seen toddlers coming in weighing 50 pounds), it’s usually caught at age 5 or older, and more so at age 8 and above when they are immersed in their school years. Many adults may look at their chubby child and shrug away the problem, assuming it will go away when the kid hits its teens or a growth spurt. However, obesity leads to far reaching problems that can not only impact quality of life, but actually shorten it. Obese children will most likely face a host of other possible problems, from liver disease, obstructive sleep apnea, type 2 diabetes and resulting kidney and eye problems. Hypertension and high cholesterol follow similar trajectories in children as they do in adults: cholesterol deposits in the coronary arteries cause blockages which can cause heart attacks. Children as young as 12 now have cholesterol in their arteries; they can go on to have coronary heart disease and heart attacks in their 20s and 30s.

“At this point in time, for the first time ever, Americans have shorter life expectancies,” John says. “We have reached a point where obesity is limiting our life expectancy. Someone born now isn’t expected to live as long as someone born 20 years ago because of improper diet and lack of exercise.”

A Simple Solution
Here’s the good news. For three problems with such severe implications, the fix lies simply in changing our habits. The treatment is low-tech, accessible and relatively easy to put in place: proper diet and exercise with the support of the entire family.

Food is the sociocultural key to the problem. “We as a nation are obsessed with food,” says John. “Children watch 12 to 21 food commercials every single day of their life.” We live in a time when preteens devour shows such as Cupcake Wars and Cake Boss, and sit with their parents on a couch to surf the Food Network for hours. While this can lead to wonderful career choices as chefs and involvement in family cooking, obesity statistics indicate that we are not actually eating better. In fact, we eat more fast food than ever: a full 33 percent of food eaten in America is fast food, says John.

We also drink terrible amounts of soda. “Kids are drinking half their calories in sodas,” he says. ”That’s just horrible.” To make it easier on teens, he suggests cutting down from regular soda to diet soda first, and then transitioning to the healthiest beverage choice: water.

Parents need to model healthy eating; he explains that you can’t hand your child a salad while you sit across from him and munch on a double quarter-pounder with bacon. “‘Do as I say, not as I do’ does not work in this situation,” John explains. Parents should eat healthy with their children, and also teach children to make healthier food choices when they’re on their own, choices that the kids can then exercise at the school cafeteria, for example. While school lunches often get a bum rap, they don’t have to be unhealthy. Kids should be taught to choose wisely—opt for a turkey sandwich and fruit salad instead of pizza or cheeseburgers every day.

Parents often complain to him about their obese child’s food choices, but the buck should stop at the person who went to the store and bought the chips, cupcakes or soda. “The parents control what food comes into their house,” he says.

The other “cure” to childhood hypertension, high cholesterol and obesity is exercise. If parents are able to, they can enroll their child in a sport to get him or her moving. If that’s not an option, parents just need to make sure their kids get 20-30 minutes of aerobic moving activity daily, whether that’s walking, jogging, swimming, skateboarding or biking. Some families commit to a gym regimen together. For others, it can be as simple as the whole family taking the dog around the block for a brisk walk. Another key is limiting screen time to no more than two hours a day, and those two hours should include ALL screens—phones, tablets and laptops—not just television.

Although parents may be horrified when their child is initially diagnosed, they are usually thrilled at how the conditions can be reversed by increasing physical activity and changing their diets. Help may start to come at earlier ages: The American Academy of Pediatrics just mandated that all children should be screened for high cholesterol before 10 years of age, even without risk factors within their family.

Simply dealing with the problem can be tricky; no one wants to tell their child that they are fat.

“You can’t tell a child you’re overweight. This is your problem. You need to fix it,” says John. “However, you can’t beat about the bush. I tell families, ‘Your child is overweight. He/she is obese to a point that it’s unhealthy. It’s going to affect how long they live and their quality of life.’ You need to be very direct and make sure everyone understands that this is going to affect their life dramatically.”

John says that the issues of pediatric obesity, hypertension and hypercholesterolemia have become so prevalent across every age, sex and socioeconomic group that a special clinic was created to deal specifically with these issues. In the Preventative Cardiology Clinic at St. Joseph’s Children’s Hospital, ARNP Amanda Pavlock conducts screenings and teaches families about diet, nutrition and exercise and keeps them engaged in the process of fixing the problem.

“In the adult world, it’s common to throw pills at people [for these conditions],” says John. “In pediatrics, the last resort is to use medications. It’s truly rare to need these medications in children. We prefer lifestyle changes. And the vast majority of people will respond to just lifestyle change.”