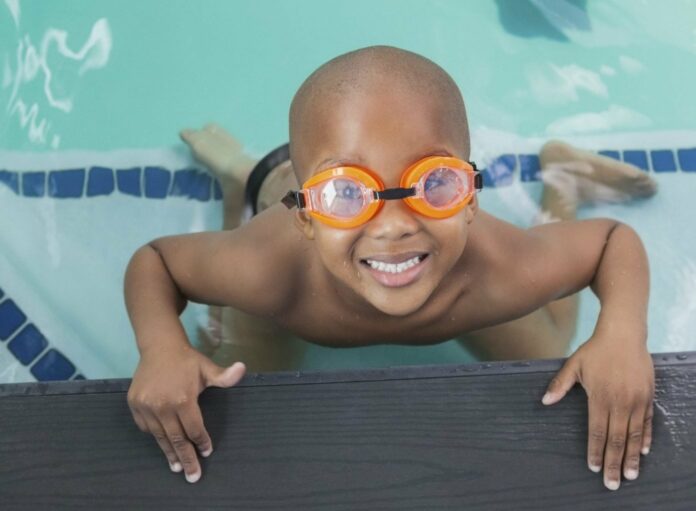 Rachel and Michael Warren and their children Jacob, Bryson and Abigail were celebrating Memorial Day weekend with family in Auburndale three years ago. Throughout the day Abby had enjoyed jumping from one family member to the next while in the pool. Once it was time to leave, however, a huge miscommunication occurred: Each parent thought the other had Abby.

By the time they realized what happened and searched for her, they found their 2-year-old daughter floating lifeless and blue in the pool.

“It’s definitely your worst nightmare coming to life,” says Rachel Warren. “Abby had no fear of the water, as she had an exponential interest. We realized this was a big problem and it came a little too late.”

According to the campaign Prevent Needless Deaths, two thirds of small children were last seen in the house. Children by nature are curious and are not afraid to water, which is why they are drawn to water. Just like this incident, all it takes is a matter of seconds before drownings can happen.

“In community settings, it is important to be aware of your surroundings because often parents tend to think someone is watching when in fact no one was watching the pool,” Paula Scott, Director of Public Relations from the Children’s Board of Hillsborough County. “Most parents will start looking for dangers in closets and around the home; instead their instinct needs to be go to the water first,” says Scott. “Children just literally slip into the water.”

In the Warrens’ case, minutes before leaving, Abby took one last chance to jump into the pool. Unfortunately, no one was there to catch her and the privacy wall blocked the adults’ view. Both parents rushed to the back door once they realized they couldn’t find Abby. The Warrens did not hear any signs of struggle or screaming.

Rachel was unable to unlock her phone to call 911 due to the shock. Michael pulled her out of the pool and proceeded to do 5 reps of CPR. “On the fifth rep of chest compressions I prayed to God that she wasn’t going to leave us,” Michael says, “and I told her not to leave me.”

After Michael got done with the fifth rep, the water and hot dogs Abby had downed earlier came up. When he rolled Abby over to do the sixth compression, in the rescue position, he felt her heart beating a mile a minute. “She took her first breath for the second time in her life,” Michael recalls.

With Abby still struggling to take every breath, the family knew they weren’t out of the woods yet. Medical help arrived shortly after and Abby was airlifted to Tampa General Hospital, where she had a short stay in the ER. Then she was admitted to the Pediatric Intensive Care unit because she had a fever.

Abby was unable to control any of her bodily functions. Rachel recalls that when Abby first woke up, she stared straight past her. The next morning, Abby made a full recovery and was able to have the IVs removed from her arm. A few weeks later, after the family received clearance from Abby’s doctor, the family enrolled her in swim lessons.

Three years later, Abby does not remember the incident. But her parents will never forget. A year after the incident, the family started the foundation Abby Grace’s Hope to promote awareness of water safety and survival to protect families from enduring similar or worse fates.

Over the past four years, the Tampa Bay area has lost the equivalent of a kindergarten class of children due to drowning deaths.

“The thing with drowning is it does not discriminate at all,” Rachel says. “It touches every age (though the highest is the 1-4 age), ethnicity, social background, financial background etc. It takes just seconds and it happens way too often, even to really great parents. It’s extremely important, especially here in Florida to take the risks seriously and make sure your children are safe by checking/implementing the layers of prevention: barriers, learning to swim, CPR skills and most importantly supervision.”

Florida law requires all pools feature a barrier at least 48 inches surrounding them. The law also requires that any gates included along the barrier that surrounds the pool must open outward away from the pool and that the barrier cannot be placed close to a permanent item that a child could use to climb over.

In the Tampa Bay area there are several organizations that offer swim lessons. By signing up your child for swim classes the risk of drowning is reduced by 88 percent. The Children’s Board and the Tampa Metropolitan have teamed together to provide mobile swim lessons wherever the children are.

It’s never too early to get your child in swim lessons. Infants can begin swim lessons as young as six months old at the YMCA. Instructors at the YMCA teach babies to hold their breath underwater, to float unassisted and to turn onto their backs. Children who are 1-4 are taught to expand the technique into a swim-float-swim sequence by learning how to combine all those steps to reach the other side of the pool.

“It’s important to educate children that the rules are you never go near the pool unless an adult is present,” says Scott.

Parents can do their part too. An important procedure for every parent to know is CPR. Not only was the fact that her father knew CPR able to save Abby’s life, but this method also saves many kids’ lives each and every day.

Through education and awareness, the Children’s Board is optimistic the number of deaths caused by drownings will be lowered. The Tampa YMCA also offers CPR classes along with first aid trainings. To learn additional information about how to prevent drowning, visit preventneedlessdeaths.com.