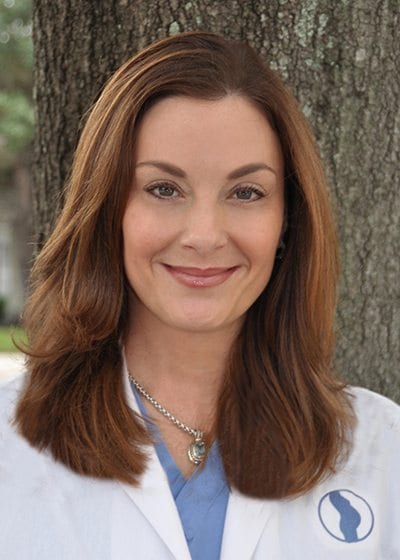 What causes darkening of the areolas?

Some of the most common physical changes to occur during pregnancy are seen in the breasts. Soon after conception expectant mothers begin to notice breast tenderness, swelling of the breasts, stretch marks, and darkened areolas (the skin around the nipples). Because of the increase in hormones during pregnancy, many women see this skin continue to darken as their pregnancies progress. The color of your areolas may begin changing as early as the first or second week, and some women also find that their areolas grow larger in diameter, especially as the breasts begin to swell. The nipples may also grow in size or stand out more prominently. Darkening of the skin—known as hyper pigmentation—is also common in the external genitalia and around the anal region during pregnancy.

In addition to your darkened areolas, as your pregnancy progresses you may also experience Montgomery’s tubercles, which are tiny bumps on the areolas. These bumps are nothing to be concerned about. They are caused by the swelling of oil glands called the “glands of Montgomery,” named after William Montgomery, the Irish doctor who first discovered them in 1837. Their purpose is to secrete a kind of oil that protects and lubricates the sensitive skin around your nipples while you are breastfeeding (the constant pressure, abrasion, and drying of the skin that occurs during breastfeeding might otherwise become quite painful, and for some women it still does). Some scientists believe that the oil secreted by Montgomery’s glands may also have an odor that stimulates the appetite of a newborn infant, thereby encouraging healthy feeding.

The number of Montgomery’s glands around the nipple varies greatly from one woman to the next. Some women have as few as four of them, while others may have upwards of twenty or more. They are normally invisible to the naked eye—which is why some women become alarmed at the sudden appearance of mysterious bumps around their nipples during pregnancy—although many women report that Montgomery’s glands also become visible during states of sexual arousal.

The main cause of darkened areolas is hormones. Progesterone and estrogen cause the body to produce more pigment. This is why many women see splotches and patches of darkened skin all over their bodies. These hormones also cause widening of the areolas, breast tenderness, breast swelling, leakage of colostrum, and all the other changes that happen to the breasts.

It is believed that darkening and widening of the areolas during pregnancy and breastfeeding may be an evolutionary adaptation—newborn infants have blurry vision, and a larger, darker areola is easier for them to see and distinguish from the rest of the breast.

Other Possible Causes of Darkened Areolas and Nipples

Darkened areolas in women can also be caused by aging, menstruation, or certain medications. In some cases, skin darkening can be a sign of a serious problem, although generally this is not the case. If the color change is accompanied by pain, redness, or bleeding, then your healthcare provider should be notified.

If you are not pregnant, there is a possibility that your darkened nipples and areolas are caused by a serious medical condition such as Paget’s disease, a rare form of cancer. Paget’s disease is not likely to be the cause if you have darkened nipples on both breasts, but in any case this symptom should prompt a visit to your doctor for an examination, especially if there is flaking or peeling of the skin around the nipple and areola.

There isn’t too much you can do to prevent your skin from darkening while you’re pregnant or nursing. The change of color is not a life-or-death situation; it’s just a natural part of being pregnant and giving birth. Darker areolas during pregnancy will in most cases return to their original color after childbirth, although they will most likely stay dark as long as you are breast-feeding. For some women, the darkened skin is permanent.

Some medicated creams can be unsafe to use during pregnancy, so it’s important that you consult your healthcare provider before applying any type of cream or ointment to your breasts or other parts of your body to treat skin problems or changes.

Jill Hechtman started her medical career at Ross University School of Medicine in Portsmouth Dominica. After medical school she started an anesthesiology residency in Chicago at RUSH University, where she met the love of her life, Dr. Jason Hechtman. After completing two years of Anesthesiology, Jill decided that she desired to be an OB/GYN, and transferred to Wayne State University for her four year residency in OB/GYN.  After completion, both Jason and Jill moved to Tampa.

Since moving to Tampa, Jill has become the Medical Director of Tampa Obstetrics and is currently also serving as the Chairman of Obstetrics and Gynecology at St. Joseph’s Women’s Hospital in Tampa. She is the past Chairman of Obstetrics and Gynecology at Brandon Regional Hospital and served on the hospital’s Board of Trustees for 2 years. She is a frequent face in local media as “Dr. Jill” and is also answers reader questions as our Dr. Mom. Jill was also recently appointed as a member of the Florida House of Representatives Medicaid Low Income Pool Council. She is also featured in various videos about pregnancy, which can be found on her website under “Patient Education”. One of her proudest moments was the birth of her daughter.  The two of them share a common interest in horses.

Starting a new school year typically comes with a range of emotions, from excitement to anxiousness, and kids might already be feeling this now....
Read more
Back to School

Sleep is a time to rest and recharge, but some children may not get the restful sleep they need. Whether this is because of trouble falling asleep or staying asleep, a lack of rest can lead to a variety of other issues, including poor performance in school and behavior problems.
Read more
Ask the Doc

The COVID vaccine is now available to the youngest age group of children, ages 6 months old and older. This means, all children ages 6...
Read more