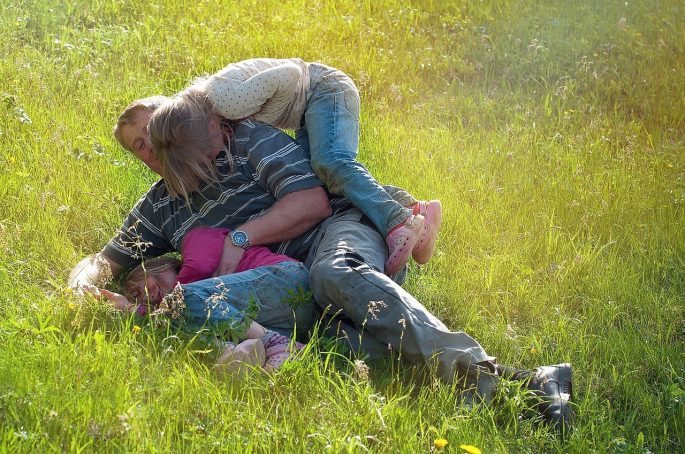 “Oh, parenthood is amazing,” they told me. “I can now see how empty my life was before she was born,” was a fairly common refrain. And I looked at them sideways trying to figure out how their experience was so different than mine.

Of course, my wife and I were elated to welcome our first child. Throughout the first year, I existed on a combination of joy, fear, exhaustion, love, and caffeine. LOTS of caffeine. My challenge was to continue engaging with my growing family while negotiating the compromises that parenting necessitates, including a fairly rapid reduction of “me” time. Talk about ripping the pacifier out…

Life seems to come whirling at you faster when you have a kid but it necessarily isn’t a bad thing. Parenthood has taught me how important it is for father’s to be involved in their child’s life. President Barack Obama said in a speech

Of all the rocks upon which we build our lives, we are reminded … that family is the most important. And we are called to recognize and honor how critical every father is to that foundation. They are teachers and coaches. They are mentors and role models. They are examples of success and the men who constantly push us toward it.

My wife and I chose to take on the challenges of early parenthood head on. Compromising with each other was harder than expected. Irregular and inconsistent sleep proved as exhausting as it sounds. Acknowledging that our interests came second to the baby’s meant that we had less time to spend with friends and family. In hindsight, I understand this transition as a catalyst of my personal growth. Reconciling the loss of my pre-parent identity helped me prioritize new ways to engage in my family system and allowed me to define the type of father I wanted to be. I discovered fulfillment by taking care of my wife and child using strengths I was aware of such as empathy and patience, while being compelled to uncover additional skills including organization and improved communication. Distractions that I previously held in high regard lost significant value. I am a better father (and human) for embracing the changes and challenges of parenthood.

One new skill I uncovered was cooking. Initially, taking on a larger role in the kitchen was necessary. Though, the more I planned menus, went grocery shopping, and prepared meals, the less I felt like a passenger. I’ve become proud of the way that I can contribute to the health, nutrition, and sustenance of my wife and children. I am emboldened by the way my children are adventurous eaters, partly because my contributions exposed them to new foods. I’ve yet to meet another five-year-old that can peel and eat edamame faster than my oldest daughter.

And guess what? Cooking for my family brings back that, “me” time, albeit in a way that I never imagined. Chopping veggies has become meditative and an opportunity for quiet reflection. A passion for cooking has lead to conversations with my father and grandmother that I would have never had otherwise. My children have taken an interest in cooking and the kitchen has become a place where we connect and bond. I feel appreciated by my wife and swell a bit when she tells me, “I told my friends out at dinner that you could make most of the menu better at home.”

As partners and fathers, we can always find new ways to contribute. Cooking for the family is not the solution for every parent. Identifying personal strengths and engaging, rather than avoiding, challenges. Redefining one’s identity is an action of personal growth not limited to the provocations of young parenthood.

Researchers are publishing data that is demonstrating the evolution of the modern father. This is partly attributed to the increased discussion of gender roles and the shift from single-income to dual-income families. Working mothers have become a stronghold of our society and our current economy, but stay-at-home fathers exist in only 1 percent of married couples with kids under age 15, according to U.S. Census Bureau data.

In the last 40 years, “Women have said, ‘Wait a minute, we are competent and assertive and ambitious,’ ” claiming a wider range of roles, said Michael Kimmel, executive director of the Center for the Study of Men and Masculinities at Stony Brook University. Yet, Kimmel follows, “Men have not said, ‘We’re kind, gentle, compassionate and nurturing.’ ”

We are pushing up against deeply rooted beliefs about men and, perhaps, about perceived value versus actual value. In fact, in a recent online survey by advertising agency DDB Worldwide, nearly three quarters of Americans surveyed said stay-at-home dads were just as good at parenting as stay-at-home moms.

The shift in ideology is clear and significant. In addition to alleviating the child-rearing responsibilities that has historically fallen to the mother, research shows us the notable impact that active fatherhood has on children:

The following charts prove compelling evidence into the importance of engaged fathers: 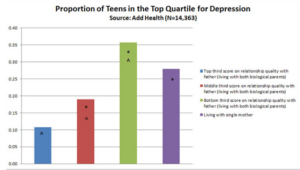 Matt’s formal psychotherapy training began at the University of South Florida, as a member of the Rehabilitation and Mental Health Counseling department, and continues to the present. Matt has had the opportunity to hone and refine his therapeutic skills at regarded institutions such as Tampa General Hospital and the James A. Haley Veterans Hospital.

Matt is a Mental Health Counselor for Rice Psychology Group. Matt believes effective counseling is a collaborative effort in which client and counselor work together to increase self-awareness, develop perspectives, and formulate strategies to live skillfully. Matt believes that healing and growth is assisted through developing an understanding of the mind and body connection. Deepening this understanding leads to increased self-awareness, enhanced development of coping skills, and a greater sense of control.