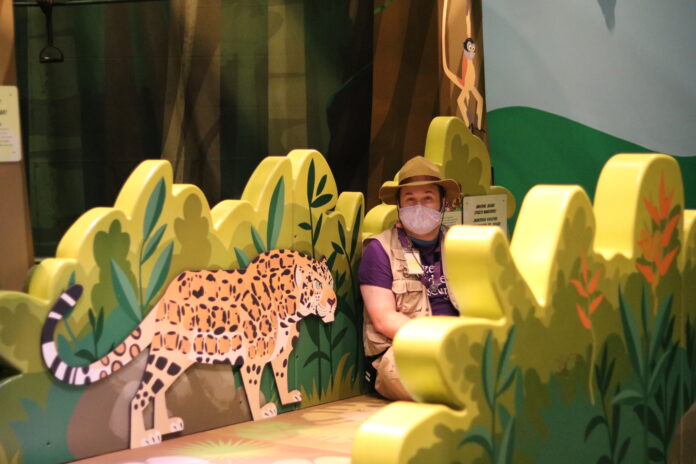 My husband carries our 4-year-old on his shoulders while I try to keep up with her big sister who likes to run ahead on the trail to climb trees. On our hikes, we are usually too noisy to spot wildlife. But when we do, the conversation always turns to Creature Powers. “Mommy, did you know that ants can carry 50 times their own weight?” At the zoo, they compete to see who has the most animal knowledge. “Those lines on the cheetah’s face help reflect the sun.” “Did you know that anteaters are nocturnal?” It’s official: My kids know more about animals than I do.

Spending time outdoors and visiting zoos and aquariums has fostered our love of animals and the world around us. But my children’s extensive knowledge of animal facts comes from their favorite PBS Kids show, Wild Kratts®. They’re on a first name basis with the Kratt Brothers—in our house it’s simply Chris and Martin. I love the playful way the show engages children and sparks curiosity about animals and their habitats. It teaches kids to love and protect our planet and all the animals who live here.  Imagine our excitement that the Glazer Children’s Museum is currently home to a special traveling exhibit based on the show. “Wild Kratts®: Creature Power®!” is an adventurous exhibit that invites kids and families to explore animal habitats from around the globe, discover incredible creature powers and go on a mission to foil the villains’ nefarious plans. It brings to life the STEM concepts from the show along with our favorite characters and creatures!

To brush up on my own animal knowledge—and impress my kids—I sat down with the Glazer Children’s Museum’s resident animal expert Professor William von Mylickson. You may know him from the museum’s social media. I asked the Professor his 10 favorite animal facts for kids, and he gave me some good ones:

You can learn more about animals from Professor von Mylickson on the Glazer Children’s Museum’s virtual learning site, GCM@Home. Watch his playful videos about cheetahs, hedgehogs, giraffes and more at GlazerMuseum.org/GCMatHome. And keep your eyes peeled during your next visit to the Glazer Children’s Museum; he has been spotted walking around “Wild Kratts®: Creature Power®!” and sharing his love of animals with our guests.

WATCH: We’re giving you an INSIDE LOOK of the Wild Kratts: Creature Power exhibit with the museum’s Kate White

There are so many amazing hotels and resorts along the beaches in Tampa Bay, but there is one that is quite literally the perfect...
Read more