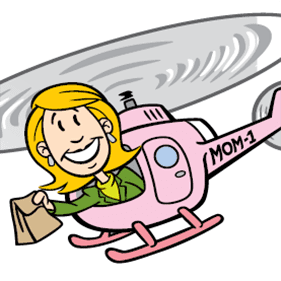 Avoiding family rituals on the holidays might seem like a Scrooge like thing to do but for many singles they will go through great lengths to avoid questions about their personal lives. For many parents who are expecting grandchildren, or nag about them not dating, or not having an engagement ring yet it’s no wander why so many family members come up with strategies to avoid Christmas or Thanksgiving dinner.

A study released by a travel dating site, MissTravel.com 21,543 of its members have planned a romantic getaway for Thanksgiving, Christmas, and New Years. Among the top Thanksgiving hooky destinations include Las Vegas, Miami, and New York with 6,348 trips planned. For December 20 to the 27th 6,036 trips have been booked for the Philippines, New York City, and Las Vegas. As for New Years 9,159 trips have been planned for Dubai, Cancun, and Las Vegas.

Brandon Wade, the founder and CEO of MissTravel.com, a travel dating site that matches members around the world who are seeking travel companions states there are other reasons as to why many ditch families during the holidays.

“Most Americans only get two weeks of paid time off. Escaping to a romantic destination may be a better option for those who may not want to spend their precious vacation time dealing with these high stress situations” Wade said.

For many holidays are a reminder of what’s changed in their lives- whether it’s a death in the family, or a divorce, or a break up: it’s something that they don’t want to be reminded about. For those who associate the holiday with unhappy memories it can lead to fighting. Ken Duckworth, an assistant professor at Harvard University Medical School said “During the holidays, a lot of childhood memories come back. You may find yourself dwelling on what was inadequate about your childhood and what was missing.”

Then there’s family members who face the Christmas with the Kranks syndrome, who are tired of the monotonous sameness of family holiday gatherings which tends to depresses them the most. For these relatives a weekend getaway like the Kranks sounds much more enticing and thrilling.

But traveling alone during the holidays is not just for singles. According to statistics from Booking.com, the face of the solo traveler is changing and now includes women with partners and children. The survey found that 50 percent of women are more likely to holiday alone now than they were five years ago. Most admitted it wasn’t to get away from everyday mundane life, but instead many want to experience new cultures. Approximately 65 percent of those surveyed said they actually feel more confident when taking a trip by themselves. From the survey taken last year many stated they take an average of three or more trips per year. Many who go on these trips enjoy the much needed “me time” away from their friends, family, and work.

Cathy Winston, a travel writer said many women are traveling alone to complete things they have always wanted to do.

“Travelling solo has lost much of the lonely hearts stigma it once carried. Not everyone holidaying alone is single, with more women leaving husbands and partners at home as they tick items off their bucket lists.”

I’m not saying everyone should skip spending the holidays with their families instead I just want to point out the emerging trend of why some relatives are avoiding get togethers.